Ute Lemper’s career is vast and varied. She has made her mark on the stage, in films, in concert and as a unique recording artist on more than 30 CDs over 30 years of career. She has been universally praised for her interpretations of Berlin Cabaret Songs, the works of Kurt Weill and Berthold Brecht and the Chansons of Marlene Dietrich, Edith Piaf, Jacques Brel, Leo Ferre, Jacques Prevert, Nino Rota, Astor Piazzolla many others and also her own compositions,  as well as her portrayals in musicals and plays on Broadway, in Paris, Berlin and in London’s West End.

Ute Lemper was born 1963 in Munster, Germany and completed her piano-, dance-, and theater studies at The Dance Academy in Cologne, the Max Reinhardt Seminary Drama School in Vienna as well as in Salzburg and Berlin.

Countless musical roles in London, New York, Las Vegas, Berlin, and Vienna resulted in awards such as the French Moliere Award (for best actress in the European revival of cabaret) in 1986, the Olivier Award for her portrayal in the London productions of Chicago in 1998, and the American Theatre Award for her Broadway performance. Maurice Bejart specifically created the ballet “La Mort Subite” for Ute Lemper, which had its world premiere in Paris in 1990. After several tours around the globe, Ute Lemper started turning to the big screen more often as well.

In the last years, Ute Lemper has been touring the world with Lieder by Astor Piazzolla, Jacques Brel, and Hanns Eisler as well as with creations of her own. Simultaneously, she developed the stage show “Nomade” with Robert Carsen, which premiered to high acclaim at the Chatelet Theater in Paris in June 2003.
Furthermore, she launched a song project devoted to Charles Bukowski and was nominated for a GRAMMY for her CD: BERLIN DAYS/ PARIS NIGHTS with the VOGLER String Quartet and Stefan Malzew on Piano, featuring songs between love and war composed by Hans Eisler, Kurt Weill, Brel, Piaf, and Piazzolla, as well as folksongs in Yiddish and in Russian. The group did an extensive North American Tour in 2012.

In 2015, Ute Lemper completed her compositions "9 Secrets". The album is a song cycle consisting of 9 songs, all based on the words of best-selling author Paulo Coelho’s book “Manuscript found in Accra”.
The finished album is a poetic symphony of Coelho’s words and combines various musical influences and genres.

Momentarily, Ute Lemper is on a world tour with her newest album 9 Secrets.

Ute Lemper and Andreas Schager at the Vienna Life Ball: singing against AIDS

To celebrate this year’s Life Ball, the world selection of classical music got together for the Life+ Celebration Concert at Vienna’s Burgtheater.
United in the fight against AIDS, Andreas Schager and Ute Lemper were on stage providing emotional highlights alongside the likes of Jonas Kaufmann, Juan Diego Florez, Bo Skovhus, and Rene Pape. The total net proceeds from the event went to national and international HIV and AIDS aid projects. 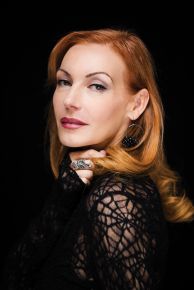 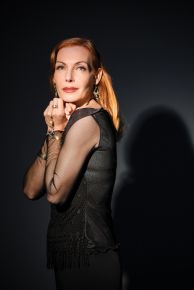 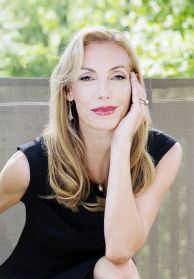