Sabine Hartmannshenn was born in Idstein, approximately 20 km northwest of Frankfurt a.M., and now lives in Cologne, where she studied musicology, German literature and philosophy. She also took voice and piano lessons. After completing her studies, she worked as a stage manager and assisting stage director at the Cologne Opera. She assisted Willy Decker in many productions, which she then remounted in numerous important opera houses worldwide. Additionally, she worked with directors such as John Dew, Michael Hampe, Harry Kupfer, and Kurt Horres.

Sabine Hartmannshenn strives for truth and authenticity in her work. Giving personal direction she intends to produce modern theatre while consequently relating to the ductus of the music. Her first own production was Mozart`s Le Nozze di Figaro at the Teatro Colón in Bogotá, Columbia`s national theatre. She achieved great international successes with The Emperor of Atlantis and The Seven Mortal Sins at the Theatre de la Monnaie in Brussels, both productions also having been performed in Antwerp, Liège, Lisbon, Tel Aviv, and at the festival in Sarajevo.

Ms. Hartmannshenn is repeatedly taken under contract by important national and international opera houses, among these are the Teatro La Fenice in Venice, the Houston Grand Opera, the State Opera Hamburg and the Kongelige Teater Kopenhagen. Additionally, she staged Don Giovanni in Bremen, Salome in Freibug, Cosi fan tutte, Lucia di Lammermoor and Banditenstreiche in Kassel and Cavalleria rusticana and Il Pagliacci in Luebeck. Her very successful production of Lulu at the Goeteborg Opera has been elected best production of the year 2002 in Sweden by critics. The English professional journal „Opera Now“ praised her Gothenburg production as the best European Lulu-production of the operatic season 2001/2002. Her production of Werther for the Nuremberg Opera was also shown at Norske Opera in Oslo, Norway. She staged Hans Werner Henze`s opera Phaedra for the Rhine Opera in Düsseldorf/Duisburg as part of the project European Cultural Capital in 2010.

In addition to her directional work, Sabine Hartmannshenn taught stage direction at the Conservatory in Cologne for several terms. Currently, she teaches scenography at the University in Dortmund and stage acting at the Robert-Schumann University in Düsseldorf.
Important and acclaimed productions of the last years include Handel’s Rinaldo at the Opera Cologne, The Rake’s Progress at the Deutsche Oper am Rhein, Puccini’s Triptych at the Opera Cologne, Peter Grimes at the Staatsoper Hamburg, and Lohengrin at the Deutsche Oper am Rhein, which was repeated several times.

Productions in the season 2015/16 included A village Romeo and Juliet at Opera Bielefeld, Die Fledermaus at Deutsches Nationatheater Weimar, and the revival of Lohengrin at the Deutsche Oper am Rhein.
In season 2016/17, Sabine Hartmannshenn directed Ralph Benatzky’s Im weißen Rößl in Bern as well as the revival of Die Fledermaus at Deutsches Nationaltheater Weimar.
As part of the 875th jubilee of the city, Sabine Hartmannshenn in cooperation with three female stage directors brought all 4 parts of Wagners Ring to Opera Chemnitz.

In 2019/20 her new staging of Das Land des Lächelns is premiered at Aalto-Theater Essen. 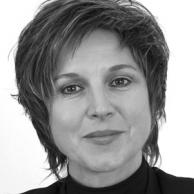