Engelen gave concerts both as pianist and conductor with orchestras such as Philharmonisches Orchester Südwestfalen, the Brandenburg and Düsseldorf Symphonic Orchestras, Staatsorchester Halle, Tokyo Philharmonic Orchestra, and the Stuttgart Philharmonics. He conducted the Konzerthausorchester Berlin, the Chamber Orchestra C.P.E. Bach Berlin as well as the orchestra of the Komische Oper Berlin. From 1993 to 2003, he was engaged as musical director of the ensemble “Klangwerk”. In 2001, the ensemble Het Collektief appointed him their Principal Guest Conductor.

Furthermore, Engelen worked at the Zentrum für Kunst und Medientechnologie, leading the first show of the revised version of Eötvös` Radames at the international Schönberg-week in Brussels and at the Russian Japanese culture days in Dornach. In 2007, he was the musical director of Britten’s A Midsummer Night’s Dream at the festivities of the 150 years existence of the conservatory Stuttgart and gave his debut in the U.S. at the Oregon Bach Festival. Together with Helmuth Rilling, he also directed Britten’s War Requiem. As conductor of the Kammerorchester Stuttgart, he toured through Korea, Italy and Turkey.
Engelen conducted concerts at Concertgebouw Amsterdam, with the Het Collectief in Sao Paulo, Lima, Paris, and London, as well as at the festivals Ars Musica in Brussels and Antwerp, and de Saintes in France. Most recently, conducting engagements led him to the Opera Leipzig and the Norddeutsche Philharmonie Rostock.

Since season 2015/16 Robin Engelen is first conductor and deputy music director at Opera Graz. Projects of the season, besides productions in Graz of Il barbiere di Siviglia, Luisa Miller and The Greek Passion by the composer Bohuslav Martinu, included Don Giovanni in Vladivostok, Aufstieg und Fall der Stadt Mahagonny, Falstaff at Volkstheater Rostock, and Das Liebesverbot at the Opera Leipzig.
In the following season, Engelen led the new production of Norma as well as the two very successful and highly acclaimed productions of Tristan und Isolde and Roméo et Juliette in Graz.

In the season 2017/18 his projects in Graz included the new productions of Il trovatore and Eugene Onegin as well as the musical ‘Ragtime’ with music by Stephen Flaherty and the ballet ‘A Midsummer Night’s Dream’ by Jörg Weinöhl. In addition, he conducted the ballet night ‚Don Juan / Mozart à deux‘ with music by Gluck and Mozart at Opera Leipzig.

Engagements in season 2018/19 include the new productions Martha and Szymanowski’s Król Roger at Opera Graz. 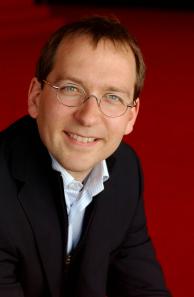 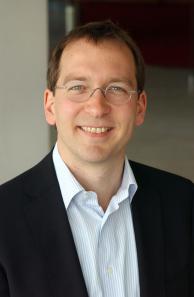 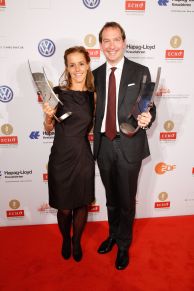 
"led the Gewandhaus Orchestra with exciting momentum and luxurious sound"