Critically acclaimed for his profound and deeply musical interpretations of the most demanding repertoire, both opera and symphonic, Pinchas Steinberg is one of the leading conductors performing today. He has distinguished himself for many years as a regular guest of the most prestigious opera houses and concert halls throughout Europe, and more recently in the United States. In December 2001 Mr. Steinberg made a triumphant concert debut with the Cleveland Orchestra and since then he returns to Cleveland on a regular basis.
Born in Israel, Pinchas Steinberg studied violin under Joseph Gingold and Jascha Heifetz in the USA, and composition under Boris Blacher in Berlin. In 1974 he made his conducting debut with the RIAS Symphony Orchestra in Berlin.
This was the first of a long series of prestigious orchestra engagements, including the Berlin Philharmonic, Munich Philharmonic, Gewandhausorchester Leipzig, London Symphony Orchestra, London Philharmonic Orchestra, Philharmonia Orchestra London, Israel Philharmonic, Orchestre National de France, Orchestre de Paris, Czech Philharmonic, Santa Cecilia Orchestra Roma, Royal Stockholm Philharmonic, Boston Symphony Orchestra, among many others. He also conducts regularly the Budapest Festival Orchestra and has conducted at other festivals including Salzburg, Berlin, Prague, Vienna, Munich, Tanglewood, Blossom, Verona, Orange, Flanders and the Richard Strauss Festival in Garmisch.

From 1988 to 1993, he held the position of Permanent Guest Conductor at the Vienna State Opera. His performances of opera have taken him to leading opera houses around the world, including the Royal Opera House Covent Garden, Opéra Bastille, Bavarian State Opera Munich, Deutsche Oper Berlin, San Francisco Opera, Teatro dell’Opera di Roma, as well as the Teatro Real de Madrid. Between 1989 and 1996, he was Chief Conductor of the Radio Symphony Orchestra in Vienna, and between 2002 and 2005 he was Music Director of the Orchestre de la Suisse Romande in Geneva.
In February 2010, Pinchas Steinberg made his debut at La Scala conducting three concerts of Schumann's Faust Szenen with the Orchestra Filarmonica della Scala. Recent symphonic engagements include concerts in Budapest, Rome, Cincinnati, Turin, Sydney, Naples, Prague, Moscow, and at the Concertgebouw in Amsterdam. He also led the Danish National Symphony Orchestra in Copenhagen, Hamburg Philharmonic, Orchestre National in Paris, Dallas Symphony Orchestra, and the NHK Symphony Orchestra Tokyo.


In the season 22/23 Steinberg will, amongst other engagements, conduct a concert with Michael Volle in Budapest with the Hungarian State Opera Orchestra, La Damnation de Faust at the Teatro di San Carlo in Naples and La Gioconda at the Opera Australia in Sydney.

Return to the Munich Opera Festival with Macbeth

Pinchas Steinberg returns to the Bayerische Staatsoper, this time as part of the Munich Opera Festival.
On two nights he will conduct Verdi's Macbeth in the staging of Martin Kušej and with a splendid cast including Simon Keenlyside, Roberto Tagliavini, Liudmyla Monastyrska and Pavol Breslik. 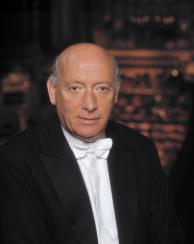 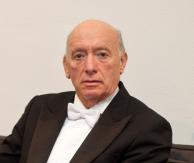 
"Steinberg's judgment of tempo was spot-on"


"Steinberg achieved the unbounded effect of chant and dreamlike association"