Born in the US, Meagan Miller is a “Juillard” graduate and acclaimed for the expansive colors and rich texture of her voice, as well as her compelling stage presence and nuanced portrayals at distinguished opera houses and concert halls throughout the world.

Engagements from previous seasons include Minnie/La fanciulla del West and Sieglinde/Die Walküre, as well as her role debuts as Isolde/Tristan and Isolde respectively at the Leipzig Opera conducted by Ulf Schirmer, and the title role in Ariadne auf Naxos at the Teatro Comunale di Bologna.

In the 2022/23 season, Meagan Miller will take on the role of Senta/The Flying Dutchman in the new production at the Cologne Opera.

Versatility at the highest level: Welcome Meagan Miller to the General Management!

Brünnhilde and Elsa, Minnie and Desdemona, Feldmarschallin, Ariadne and Donna Anna, Meagan Miller brings them all to the most prestigious institutions of the world at the highest level of singing and performing. Most recently, she enthused the audience of the Opera Leipzig as Minnie in La fanciulla del West and with her role debut as Isolde.
We are very pleased to work with this versatile as well as ambitious artist!

If you want to experience Meagan Miller live, you can visit one of the following performances at Opera Leipzig:
La fanciulla del West/Minnie: January 31
Tristan und Isolde/Isolde: March 14th and June 1st
Die Walküre/Sieglinde: May 21 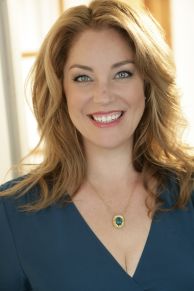