The soprano, Martina Welschenbach, was born in Stuttgart, Germany. She studied music at the Stuttgart Conservatory, at the Guildhall School of Music, and at the Royal College of Music in London. Whilst still studying, she gave guest performances in minor roles at Staatstheater Stuttgart and at the National Theater in Zagreb. She has won grants from the Konstantin and Kid Lambert foundation and from the German Academic Exchange Service (DAAD).

In 2005, she joined the International Opera Studio at the opera house in Zürich. Within a few weeks, she was engaged as a member of the ensemble at the opera house. By the season of 2008/09, Welschenbach changed to the ensemble of the Deutsche Oper Berlin, where she has performed in roles such as Musetta/La Bohème, Gretel/Hansel and Gretel, Oscar/Un ballo in maschera, Ännchen/Der Freischütz, and Echo/Ariadne auf Naxos, as well as Clorinda/La Cenerentola, Susanna/Le nozze di Figaro, Zerlina/Don Giovanni, Micaëla/Carmen, Pamina/Die Zauberflöte, Woglinde/Das Rheingold and Götterdämmerung, Karolka/Jenufa, Solveig/Peer Gynt, Liu/Turandot, and Vixen/Cunning Little Vixen.

In the season 2012/13, she made her debut as Freia in Wagner's Das Rheingold and Eva in Die Meistersinger von Nürnberg, successfully breaking ground in German repertoire.

Guest engagements and concerts led her to Vienna, Paris, Lucerne, Stuttgart, Düsseldorf, Eutin, Leipzig, and Gera. Highlights include her acclaimed debut at the Opéra National de Paris as Regina in Mathis der Maler under Christoph Eschenbach, the role of Thekla/Wallenstein with the ORF under Cornelius Meister at the Vienna Konzerthaus, her role debut as Fiordilig/Così fan tutte in a concert version under Marcus Bosch, the role debut of Tatjana/Eugene Onegin in several concertante performances with the Norddeutsche Philharmonie, as well as her debut with the Berlin Philharmonic Orchestra with Claude Debussy's La Damoiselle élue under the baton of Donald Runnicles.

From season 2015/16 on, Martina Welschenbach works freelance, but remains an acclaimed guest singer at Deutsche Oper Berlin, her roles including Mimì/La Bohème, Europa/Die Liebe der Danae, Irene in Wagner's Rienzi, Freia/Das Rheingold, Helmwige/Die Walküre, Fiordiligi/Così fan tutte, Gretel/Hansel and Gretel as well as Senta/ Der fliegende Holländer, a role which she performed in Nantes-Angers and  Rennes too. Important role debuts given were the title role in the new production of Lulu at Wuppertaler Bühnen, Marschallin/Der Rosenkavalier as well as Leonore/ Fidelio at the Theater Bonn in the 19/20 season.

In the current season 20/21 she will portray again one of her favorite roles, Senta/Der Fliegende Holländer, which she recently has performed at the Deutsche Oper Berlin * as well as at the opera houses in Nantes / Angers and Rennes in France. Consequently with Senta/Der Fliegende Holländer she will make her debut in Finland at the Tampere Opera beside bass Mika Kares and under the direction of Anja Bihlmaier. In spring, she will sing in the revival of Jan Dvořák's musical theater revue “Phantome der Oper” at the Nationaltheater Mannheim before returning to the Deutsche Oper Berlin as Senta and Irene/ Rienzi.

*cancelled due to Covid 19 pandemic

400 years of opera on a single evening! "Phantome der Oper" in Mannheim 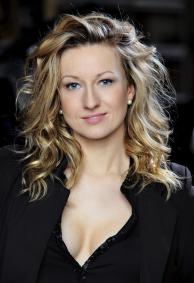 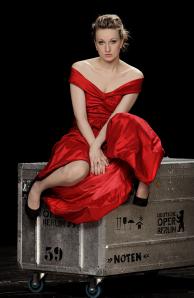 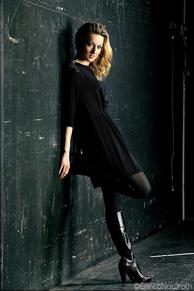