Already as a 5-year-old, the Finnish soprano, Marjukka Tepponen, started taking her first piano lessons. She later studied at the Sibelius Academy in Helsinki and in Vienna and rapidly went on to achieve success at singing contests, such as the International Mirjam Helin Contest in Helsinki and the contest in Lappeenranta, where she won first prize.

Following her spectacular debut in La traviata at the opera in Jyväskylä in 2009, she was engaged by the Finnish National Opera in Helsinki, where she stays a regular guest performer in important roles. Roles at the FNO included Corinna/Il viaggio a Reims, Fiordiligi/Così fan tutte, Woglinde/Das Rheingold, Elisabetta/Don Carlo, Mimì/La bohème, Violetta/La traviata, as well as the main roles in the world premieres of the Finnish operas “Jää” (J. Kuusisto) and “Indigo” (Toppinen/Kivilaakso), and most recently her debut as Nedda/Pagliacci.

Furthermore, Tepponen is a regular guest at the renowned Savonlinna Opera Festival, where she performed the roles of Pamina/Die Zauberflöte, Marguerite/Faust, and Mozart’s Mass in c minor, among others.

Highlights of the past seasons include her debut at the MET as Tatyana/Eugene Onegin, her debut as Contessa/Le nozze di Figaro in Turku (Finland), her debut as Donna Anna/Don Giovanni as well as Mimì/La bohème in Rijeka (Croatia), the latter she sang at Opera Graz as well, Fiordiligi/Così fan tutte and Tatyana/Eugene Onegin at the Seattle Opera, her Micaela/Carmen in Tampere, as well as her successful debut as Liù/Turandot at the Bregenz Festival, led by Paolo Carignani and staged by Marco Arturo Marelli.

On the concert stage she performed Verdi’s Messa da Requiem with the Munich Symphony Orchestra, a film music program with the Münchner Rundunkorchester led by Ulf Schirmer, Rossini’s Stabat Mater, Dvorak’s Stabat Mater (under Christoph König), as well as Uuno Klami’s Psalmus (under the baton of Miguel Ángel Gómez Martínez), all with the RTVE in Madrid, a concertante version of Eugene Onegin/Tatyana with the Gulbenkian Orchestra in Lissabon, Sibelius’ Kullervo with the Lahti Symphony Orchestra in Helsinki, Beethoven’s Mass in c minor in Tampere, and recitals with the pianist Marita Viitasalo in Finland.

Most recently she could be heard with Strauss’ Vier letzte Lieder with the Gothenburg Symphony Orchestra.

Future projects bring her, once more, to Savonlinna (as Juliette in Gounod’s Roméo et Juliette) and the Finnish National Opera in Helsinki for a scenic production of Verdi’s Messa da Requiem.

Marjukka Tepponen can be heard on several CD recordings, including a recording of Gounod’s Faust/Marguerite at the Rijeka Opera under Ville Matvejeff (Naxos, 2019) and an Aria Album with Mozart, Bel Canto, and French repertoire.

The postponed new production of Madama Butterfly from the year 2020 now finally comes on stage! The new staging by Floris Visser with Marjukka Tepponen als Cio-Cio-San (she performed the role most recently at Opera Frankfurt to wide acclaim) celebrates its premiere on 15th October 2022 at Oper Graz.

Later in Graz's 22/23 season Marjukka can be seen and heard for the first time in the title role of Katia Kabanova. Premiere on 18th March 2023. 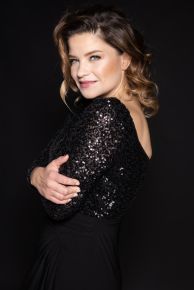 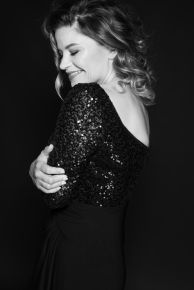 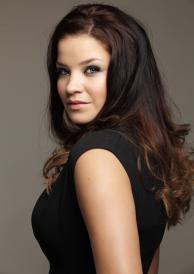 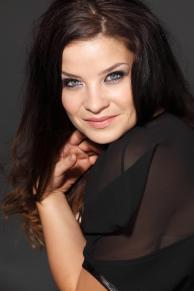 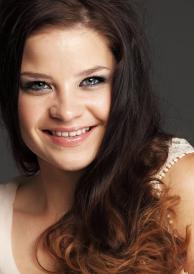 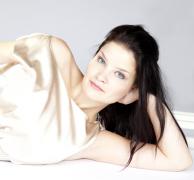