Marcel Reijans is one of Holland's leading tenors. Acclaimed for his lyrical roles in Strauss and Wagner, Reijans has performed in major opera houses throughout Europe and America. He has been a guest at the opera houses of Berlin, Barcelona, Amsterdam, Brussels, Paris, Hamburg, Dresden, Baden-Baden, Düsseldorf, Geneva, New York City, Boston, Lyon, Philadelphia, Saint Louis, Marseille, Angers/Nantes, Montpellier, Aix-en-Provence, Antwerp, Palermo, and Bologna, among others.

He commands a diverse and extensive repertoire including the roles of Erik in ‘Der fliegende Holländer’, Narraboth in 'Salome', Matteo in 'Arabella', Max in ‘Der Freischütz’, Tamino in 'Die Zauberflöte', Froh in 'Das Rheingold', and Anatol in 'Vanessa'.

On the concert stage, Reijans’ most recent performances were of Mahler’s Das Lied von der Erde in St. Gallen, the Matthew Passion and Mozart’s Requiem in Den Haag, Mendelssohn’s Lobgesang on a tour in Holland, Lucifer in Antwerp, Beethoven’s Symphony No 9 with the Stuttgart Philharmonie as well as in Tokio with the Vienna Academy under Martin Haselböck, and Handel’s Messiah at the Concertgebouw Amsterdam.

After completing his studies in political science and communication science, Mr. Reijans' formative years as a singer were in Amsterdam at the Sweelinck Conservatorium, in Philadelphia at The Curtis Institute of Music and in San Francisco as part of the Merola Opera Program. He won first prize in the Cristina Deutekom Concours in 1996 and represented The Netherlands at the Cardiff Singer of the World Competition in 1997.

Highlights of the past seasons include his role debut as Don Jose in Bizet’s ‘Carmen’, the role of Erik/Der Fliegende Holländer with Francois Xavier Roth in Luxembourg and Caen as well as in Bonn and Düsseldorf, Gérald/Lakmé in Dessau, Tristan/La vin herbé in Brussels and Berlin, the world premiere of Theo Loevendie’s ‘The Rise of Spinoza’ at the Concertgebouw in Amsterdam, and Schmidt/Werther on an extensive tour through the Netherlands. Furthermore, the Dutch opera ‘Thijl’ by Jan van Gilse, a concertante performance of Le vin herbé with the Swedish Radio Symphony Orchestra in Stockholm, Klas Torstensson’s contemporary opera ‘The Expedition’, as well as performances at the Orlando Festival in Holland.

Engagements in the upcoming season of 22/23 include L’Imperatore/ Turandot and Valzacchi/ Der Rosenkavalier both at De Nationale Opera in Amsterdam.

On January 16 and 17, three of our artists will be together on a concert stage for the first time: Marcel Reijans, Silvia Hauer and Markus Huber will perform Mahler’s “Das Lied von der Erde” on the occasion of two symphony concerts with the Thüringen Philharmonie Gotha-Eisenach:
January 16, 8 p.m., Kulturhaus Gotha
January 17, 7:30 p.m., Landestheater Eisenach 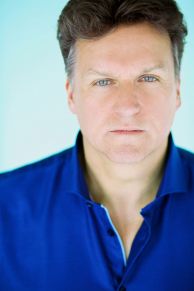 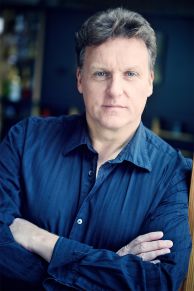 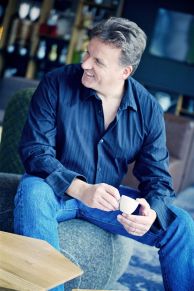