Born in Hamburg (Germany), Karola Sophia Schmid studied at the Hochschule für Musik und Theater of her hometown with Prof. Carolyn Grace James, as well as at the Universität der Künste Berlin with Prof. Robert Gambill, and attended master classes with Brigitte Fassbaender, Edith Mathis, and Christiane Iven. In 2016, she sang the title role in Aribert Reimann’s Melusine staged by Frank Hilbrich and under the baton of Errico Ferris at the Universität der Künste Berlin as part of her graduation, followed by Dewman/Hansel and Gretel at the National Opera Center in New York.

In the seasons 2017/18 and 2018/19, she has been a member of the opera studio at Staatstheater Kassel, where she performed the roles of Musetta/La Bohème, Nannetta/Falstaff, Anna Reich/Die Lustigen Weiber von Windsor, Gretchen/Wildschütz, Cupid/Venus and Adonis, as well as the soprano part in several works by J.S. Bach part on the occasion of a staged concert.
After a short-dated performance as Oscar/Un ballo in maschera at Staatstheater Darmstadt, Karola Sophia Schmid is a permanent member of this house’s ensemble. Since then, she already embodied, among others, Pamina/Die Zauberflöte, Marzelline/Fidelio, Stella/Frau Luna, and the soprano part in Bernd Alois Zimmermann’s Requiem für einen junge Dichter.
Guest engagements led her to the Nationaltheater Mannheim, Staatsoper Hannover, Staatstheater Nuremberg, and the Theater Magdeburg. Furthermore, she is carrying a close connection to the Kiel Opera , where she is a welcome guest and performed the roles of Sangaride and Mélisse in Lully’s Atys, Urbain/Les Huguenots, Amor/La Divisione del Mondo, Waldvogel/Siegfried, Friedensbote/Rienzi, Barbarina/Le nozze di Figaro, as well as the title role in Toshio Hosokawa’s Matsukaze.

As a sought after concert artist, Karola Sophia Schmid performed i.a. with the Hamburger Symphoniker, Hamburg’s Elbipolis, Hamburg Camerata, Bell’Arte Salzburg, Brandenburger Symphoniker, as well as under the baton of conductors, such as Sir Jeffrey Tate, Václav Luks, Francesco Angelico, Rubén Dubrovsky, and Georg Fritzsch. Engagements led her to Hamburg’s Laesizhalle and St. Michaelis, as well as to Flensburg. In 2013, she went on tour through Japan performing various Lieder, and in 2018, she sang Schumann’s Faust Szenen on the occasion of the Schleswig-Holstein Musikfestival. 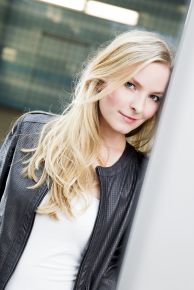 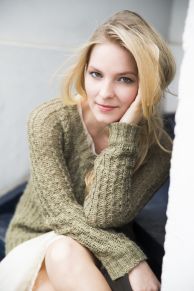