Dutch mezzo-soprano Karin Strobos completed her studies at the Conservatory of Utrecht with Henny Yana Diemer with distinction in 2007 and was a member of the National Opera Studio of Amsterdam in 2006/07.
From 2009 until 2011 she was a member of Maastricht’s Opera Zuid, performing roles such as Octavian/Der Rosenkavalier, Cherubino/Le Nozze di Figaro, Hansel/Hansel and Gretel, Varvara/Káťa Kabanová und Angelina/La Cenerentola. In addition, she was a guest with Nederlandse Reisopera Enschede as Rosina/Il Barbiere di Siviglia und Cherubino. In May 2011 she jumped in as Octavian at the National Opera in Amsterdam under Sir Simon Rattle.

Since January 2014 Karin Strobos is an ensemble member at the Aalto-Theater in Essen, where she has had the opportunity to further build her repertoire with roles such as Charlotte/Werther, Dorabella/Cosi fan tutte, Idamantes/Idomeneo, Amando/Le Grand Macabre, Zerlina/Don Giovanni, Suzuki/Madama Butterfly, Karolka/Jenůfa, Siébel/Faust, Rosina/Il Barbiere di Siviglia and Adalgisa/Norma. At Nederlandse Reisopera she also sang Komponist/Ariadne auf Naxos and took on the role of Fortuna in the world premiere of Mohammed Fairouz‘ „The new Prince“.

In addition to her operatic activity, Strobos can regularly be heard on the concert stage as well as in various chamber ensembles. She performed as a soloist with the Rotterdam Philharmonic Orchestra, Residentie Orkest, Noord Nederlands Orkest, Nederlands Philharmonisch Orkest, Philharmonie Zuidnederland, Gelders Orkest, and the Filharmonie of Vlaanderen and forms a trio with Daria van den Bercken (piano) and Felicia van den End (flute). She also works with Sax and Stix and Cello8ctet Amsterdam and is part of a duo with pianist Else Sterk.

Karin Strobos could be heard performing at several festivals, such as the Grachtenfestival in Amsterdam, where she won the festival prize in 2011.

The most recent highlights of her career include a tour through the Netherlands with Brahms’ “Die schöne Magelone” with pianist Thomas Beijer and actor Sieger Sloot in season 2017/18.

In season 2018/19 Karin Strobos will be performing the role of Karolka in the new production of Janáček’s Jenufa at De Nationale Opera in Amsterdam in the staging by Katie Mitchell and under the baton of Tomáš Netopil. In addition, she will back on stage at her parent house in Essen as Dorabella/Così fan tutte (Conductor: Tomáš Netopil), Hansel/Hansel and Gretel and Donna Elvira/Don Giovanni.

Karin Strobos has won several awards in Holland and France.

We would like to warmly welcome Karin Strobos to our agency – we are looking very much forward to the cooperation! In the same breath, we would like to thank Pieter Alferink, who represented Karin up to this point and now entrusted us with the management of the artist, for the many years of great work and hope that he will provide us with advice also in the future.
Karin, who is a steady member of the ensemble at the Aalto-Theater in Essen, can look forward to an exciting season. To begin the season she will be singing Karolka in the new production of Janáček‘s Jenufa at De Nationale Opera in Amsterdam in the staging by Katie Mitchell and under the musical direction of Tomáš Netopil. In addition, she will be on stage at her parent house in Essen in the new production Così fan tutte/Dorabella (Con.: Tomáš Netopil ) as well as in the revivals of Hansel and Gretel/Hansel and Don Giovanni/Donna Elvira. 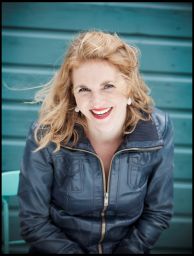 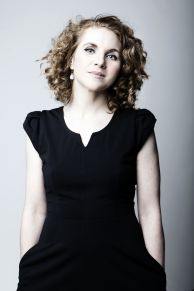 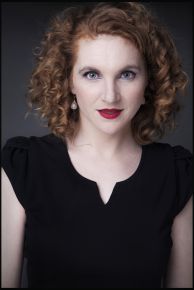 
"her silky, limber mezzo warmed up the audience and set up a festive mood"