German soprano, Julia Borchert, was born in Bad Pyrmont and studied at the Folkwanghochschule in Essen as well as in Freiburg im Breisgau.

During her years as a young, lyric soprano at the Nationaltheater in Mannheim and Niedersächsische Staatsoper Hannover she developed a broad repertoire comprising roles such as Susanna, Pamina/Die Zauberflöte, Konstanze/Die Entführung aus dem Serail, Sophie/Der Rosenkavalier, Lucia/Lucia di Lammermoor, Mimi/La Bohème and numerous others. During this time she was already a guest with many opera houses in Germany and Europe; for instance she made her debuts as Agathe and Violetta in Krefeld, sang Pamina and Sophie in Stuttgart, Micaela at the Hamburgische Staatsoper, Woglinde in Wiesbaden, Cologne and Karlsruhe, as well as her signature role, Konstanze, at the Bayerische Staatsoper Munich, in Leipzig, Enschede, and Glasgow. In addition to soloist engagements at the Bayreuth Festival, she made her debut as Voce dal cielo/Don Carlo at the Scala in Milan under Daniele Gatti as well as in Tokyo. In 2013 she was a guest with Teatro Massimo di Parlermo as Ortlinde/Die Walküre, and later under Zubin Mehta at the Palau de les Arts in Valencia in the same role.

Concerts led her to Australia, France, Italy, Spain, Poland, Russia, the Netherlands, and Switzerland. She sang Mozart’s Mass in C minor under Helmuth Rilling in Madrid and in the European premiere of Penderecki’s Credi in Krakow, the latter being live broadcast on German 3sat. Under the baton of Marek Janowski she can be heard as 1st Flowermaiden in Parsifal and Woglinde in Ring des Nibelungen in the live recording of the concerts with the Rundfunk-Sinfonieorchester Berlin. A close cooperation connects her to the symphony orchestra of WDR Cologne and conductor Michael Sanderling, with whom she sang Schubert’s Stabat Mater as well as Wagner’s Wesendoncklieder in Hamburg in January 2017.

In the the recent past, she sang i.a. Verdi’s Requiem and Schumann’s Chorfantasien with soloists at the Cologne Philharmonie and Gurre-Lieder/Tove in Essen. Furthermore, Julia Borchert made  her role debuts as Maddalena di Coigny/Andrea Chénier at Staatstheater Kassel, Brünnhilde/Die Walküre at Theater Magdeburg, as well as Isolde/Tristan und Isolde in Hildesheim, and performed as Electress Marie in Zeller’s Der Vogelhändler and as Prothoe in Othmar Schoeck’s Penthesilea, both at Landestheater Linz.

Ecstasy of Opera: Isolde debut in a new production

Following her last season’s brilliant debut as Brünnhilde, Julia Borchert is looking forward to another great highly dramatic Wagner-role. From November 16, she will take on the role of Isolde in the new production Tristan und Isolde (staged by Tobias Heyder) under the baton of Chief Conductor Florian Ziemen at Theater Hildesheim. This production is a special one for the house, as well, because it will be played for the first time and on the occasion of its reopening.
Performance dates: November 16/24; December 7/22; February 9; April 12/18; May 9; June 1

For further information and a trailer of this production click the link below: www.hfn-online.de/... 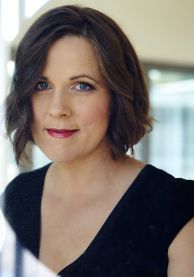 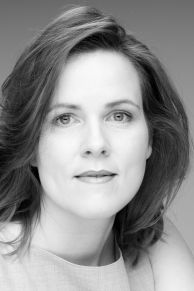