During the 20/21 season, Hines was seen as Papageno in Die Zauberflöte, L’horloge Comtoise/Le Chat in L’enfant et les Sortilèges, and Testo in Il Combattimento di Tancredi e Clorinda at Staatsoper Stuttgart. He made his debut at Teatro alla Scala in March 2021 in Kurt Weill’s Die sieben Todsünden and Mahagonny Songspiel under Riccardo Chailly.

Born in 1990 and a native of Houston, Texas, Hines completed his time as a member of the Opernstudio at Staatsoper Stuttgart in 2020. He was a member of the ensemble at the Salzburger Landestheater for the 2017/2018 season, where he was seen as Spalanzani in The Tales of Hoffmann and Il Conte in Le Nozze di Figaro. In 2018, he made his debut with Birmingham Opera Company, under the direction of Graham Vick, in Giorgio Battistelli's world premiere of opera Wake.  Hines' spectrum of work at Salzburger Landestheater as a member of the "Internationales Opernstudio Gerard Mortier" from 2015 to 2017 included Morales/Dancaïre in Carmen, Masetto in Don Giovanni, Il Poeta in Il Turco in Italia, Schaunard in La Bohème, as well as Sparbüchsen Bill in Aufstieg und Fall der Stadt Mahagonny. In the summer of 2016, Hines premiered the role of Man One in David Blake and Keith Warner’s new opera, Icarus, at the Cantiere Internazionale d’Arte Montepulciano.

As a concert singer, Eliott Calrton Hines has also sung the bass solos in Bach’s St. Matthew Passion and Christmas Oratorio (at the Oregon Bach Festival), as well as the role of Lucifero in Handel’s La Resurrezione (under William Christie). He was also a Lied Stipendiat at the Heidelberger Frühling in both 2015 and 2016.
The artist received his Bachelor of Music. in Voice from Oberlin Conservatory in 2012 and his Master of Music in Voice from The Juilliard School. He also worked as a Young Artist with Opera Theater of Saint Louis (2014), Opera Santa Barbara (2014), Da Camera of Houston (2014-2015), and at the Internationale Meistersinger Akademie (2014; 2015).  He was a 2017 Finalist at the EquiVoci Musicali Competition 'Salvatore Licitra' in Milan.

In the very latest streaming productions of the Teatro alla Scala, Elliott Carlton Hines (baritone), Andrew Harris (bass) and Michael Smallwood (tenor) made their debut in Kurt Weill's
THE SEVEN DEADLY SINS / MAHAGONNY-SONGSPIEL at the beginning of 2021, conducted by Riccardo Chailly and staged by Irina Brook!
Andrew Harris had already started the new year in R. Strauss Salomé under the direction of Riccardo Chailly and the direction of Damiano Michieletto. 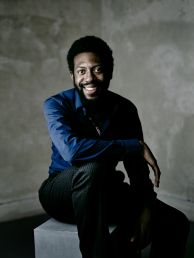 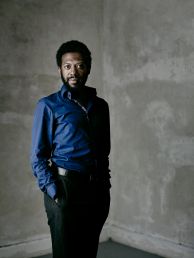