The Austrian bass Christoph Seidl studied with Ralf Döring, Robert Holl and Florian Bösch at the University of Music and Performing Arts in Vienna and took master classes with Angelika Kirchschlager, Thomas Hampson and Helmut Deutsch and was a scholarship holder of the Richard Wagner Association in 2011. He was awarded 2nd prize in the 2018 "Wagner Voices" competition.

His operatic debut was in the new production of Shostakovich's "Lady Macbeth of Mzensk" at the Zurich Opera House, and he was subsequently engaged for the Zurich Opera Studio for the 2013/14 season. As a member of the Young Singers Project 2013 in Salzburg, Christoph Seidl debuted as Osmin/ Entführung aus dem Serail in a version for children at the Salzburg Festival. Furthermore, he participated as Deputato/ Don Carlo at the Großes Festspielhaus.

In 2014, the young bassist joined the Young Ensemble of the Theater an der Wien, where he was heard as Gremin at the Vienna Chamber Opera, among other roles, and was able to take on many larger and smaller parts on the main stage.
During this time he made a name for himself as a lied and concert singer as well as in the field of church music with a large repertoire ranging from Haydn to Mozart, Beethoven and Schubert to the modern era. Concert tours have taken him to Brussels (Palais des Beaux Arts "Bozar"), Moscow (Bolshoi) and New York (Avery Fisher Hall, Lincoln Center NYC) among others.

From 2016-2020 Christoph Seidl was an ensemble member of the Staatstheater am Gärtnerplatz in Munich where he sang roles such as Sarastro/ Die Zauberflöte, Commendatore/ Don Giovanni, Baculus/ Der Wildschütz, Alidoro/ La Cenerentola, Sparafucile/ Rigoletto or Colline/ La Bohème. With the role of Baculus/ Der Wildschütz he also made a guest appearance at the Staatstheater Kassel in the 18/19 season and was heard at the Theater an der Wien as Hans Bast in "Peter Schmoll und seine Nachbarn" by Carl Maria von Weber.

With the 2020/21 season, the bassist moved to the Aalto Theater Essen, where he was already scheduled to make his debut in June 2020 as a guest with the role of Bartolo in Le Nozze di Figaro*.
This season he will be heard at his main house with roles such as the Hermit/ Freischütz, Simone/ Trittico, Commendatore/ Don Giovanni and Count Lamoral/ Arabella - under Kent Nagano he is part of the project WAGNER-LESARTEN and in the RING he will take on the role of Fafner, the first concerts will take place in November 2021 at the Kölner Philharmonie and at the Concertgebouw Amsterdam.

* cancelled due to Covid

Stage couple Bettina Ranch/ Adelaide and Christoph Seidl/Graf Waldner invite you to the Arabella premiere on Saturday, May 14, 2022, at 7:00 p.m. at the Aalto Theater in Essen. GMD Tomáš Netopil is on the podium and Guy Joosten is directing.

Christoph Seidl will leave the Aalto Theater at the end of the season in the direction of Cologne/ Oper Köln. During this season he was able to continue his excellent vocal development with roles such as Eremit/ Freischütz, Komtur/ Don Giovanni, Mönch/ Don Carlo and Simone/ Il Trittico in Essen. He was also extremely successful in the "Wagner Lesarten" project as Fasolt/ Rheingold in Wagner's tetralogy "Der Ring des Nibelungen", the concerts took place in autumn 2022 in the Kölner Philharmonie and in the Concertgebouw Amsterdam with Concerto Köln and under the direction of Kent Nagano.. 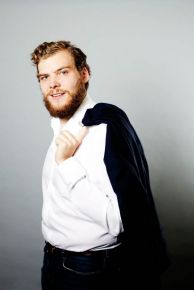 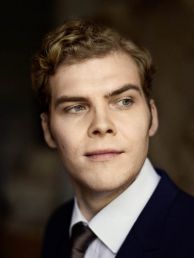