Scottish/ Maltese Soprano, Carine Tinney began her musical studies, learning the violin and piano at Douglas Academy Music School, in Milngavie, Scotland. She studied at the Edinburgh Napier University under Andrew Doig and Paul Keohone, where she received the Harold Gray Prize for Solo Singing. Moving to Germany in 2011, Carine continued her studies at the Hochschule für Musik Detmold, Germany where she graduated with two master’s degrees in Lied singing and in Opera under Gerhild Romberger and Manuel Lange.

During her time in Germany, Carine has worked as a soloist with renowned conductors such as Helmuth Rilling, Hans-Christoph Rademann, Jeannette Sorrell and Jonathan Cohen. Concert highlights include Mahler’s 2nd Symphony at the Berlin Philharmonie, Bach’s St Matthew Passion at Centennial Hall, Rock Island (USA), Händel’s Messiah with the St Paul’s chamber orchestra (USA) and Mozart’s C moll messe at the Kreuzkirche, Dresden. In 2018, Carine made her debut at the Händel Festspiele in Halle under the direction of Attilio Cremonesi and the Camerata Bern. She also performed a new opera “Are these waves” from Scottish composer Jane Dickson at La Monnaie, Belgium.

Carine is also passionate about Lied performance and has given many Lied recitals in Scotland, Germany, Spain and America. She is a prize-winner at the Hugo-Wolf Academy International Competition for Liedkunst in Stuttgart and the Alumni/ASTA Competition for Lied Singing. In 2017, Last year, Carine was also awarded the BECA Bach scholarship in Barcelona, giving various concerts of Bach’s works throughout 2017/2018.

In 2014, Carine played the role of Pamina in Mozart’s Zauberflöte with a production at the Landestheater Detmold and the title role of Massenet’s Cendrillon. In 2019, Carine debuted at the Opera de Lille, in a production of Purcell’s Indian queen conducted by Emmanuelle Haim, which was later broadcast on "Mezzo TV". As a specialist in Lied, oratorio and early music, Carine has given concerts worldwide, including Scotland, Germany, Spain, France, Belgium, China, Japan and America. She is an award winner of the International Hugo Wolf Academy Competition for Lied in Stuttgart and the Alumni / ASTA Competition for Lied. In 2020 she appeared in the television program "Arte Concert" with the renowned ensemble for early music "Sollazzo". In 2020/21 Carine will be 'Artist in Residence' at the "Trigonale Festival of Early Music" in Austria, where she will give concerts all year round. 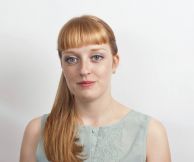 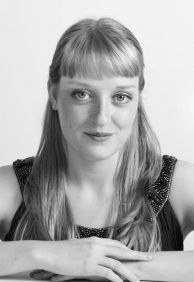