Following her studies in Missouri and Kansas (USA), the Californian soprano, Betsy Horne, came to the Johannes-Gutenberg-University in Mainz as a scholar in 2001. Parallel to her postgraduate studies she performed at Staatstheater Mainz, at the Opera Cologne, and at the Festivals in Schwetzingen and Potsdam.
From 2006, she was an ensemble member at Staatstheater Wiesbaden, where she performed in over 20 roles on stage as a mezzo soprano, before she started her change of fach to soprano in 2009. In the fall of 2009, Betsy Horne won the Dorothea-Glatt Förderpreis at the international singing competition Gesangswettbewerb für Wagner-Stimmen in Karlsruhe.
From 2010 to 2014, Betsy Horne was part of the ensemble at Coburg Landestheater, where she achieved great success in the roles of Desdemona, Katja Kabanova, Agathe, Tatjana, and Elsa. In 2012, she was awarded with the Bayerischer Kunstförderpreis. Since her fulminant US debut as Katja Kabanova at the Spoleto Festival, USA she is working freelance.
In the fall of 2013, Betsy Horne debuted as Marschallin/Der Rosenkavalier at Stadttheater Klagenfurt, in September 2015 as Emma/Khovanshchina at Theater Basel, and in June of 2016 as Arabella at the Opera Leipzig.

In Germany and Europe, Betsy Horne is active as a concert and lied singer with the Hofer Sinfoniker and the Stuttgarter Philharmoniker, among others.

Highlights of the recent past include her role debut as Eva/Die Meistersinger von Nürnberg, Elisabeth/Tannhäuser, Freia/Das Rheingold, as well as Gutrune and Third Norn/Götterdämmerung at Hessisches Staatstheater Wiesbaden, Sieglinde/Die Walküre at Teatro San Carlo in Naples, Gerhilde/Die Walküre in Bari, Daughter in Hindemith‘s Cardillac and Princess Wolchowa in Rimski-Korsakow‘s Sadko at Opera Vlaanderen Antwerp, as well as Desdemona/Otello at Stadttheater Klagenfurt.

Upcoming engagements in the 20/21 season include Freia, Sieglinde and Gutrune in Wagner's Ring at Staatstheater Wiesbaden. Unfortunately the new production "Gräfin Mariza" had to be canceled in Wiesbaden due to Corona. 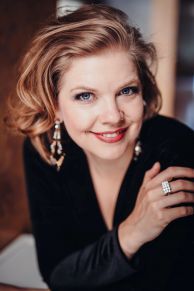 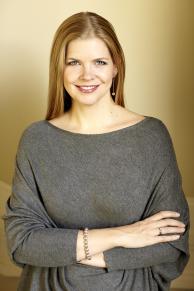