Following his studies at the University for Music in Vienna, Andreas Schager started his career singing operetta and lyrical roles in the operas by Mozart before switching to the Helden roles in the works by Wagner and Strauss.
In summer 2009, he made his highly regarded debut at the Tiroler Festspiele Erl as David in Die Meistersinger von Nürnberg, followed by engagements as Florestan/Fidelio, Max/Der Freischütz, Rienzi, Tristan, and Siegfried in both Götterdämmerung and Siegfried at small and middle-sized houses. His appearances as Siegfried/Götterdämmerung at the Staatsoper Unter den Linden Berlin, at the BBC Proms 2013 in London and the Teatro alla Scala, each under the baton of Daniel Barenboim resulted in his international breakthrough.

Past highlights include Fidelio, Tristan und Isolde, Parsifal, Siegfried, and Götterdämmerung at the Staatsoper Unter den Linden Berlin, each under the baton of Daniel Barenboim, Götterdämmerung at the Dresden Semperoper with Christian Thielemann at the conductor’s stand, Tannhäuser at the Deutsche Oper Berlin, Apollo/Daphne and Lohengrin under Simone Young, and Max/Der Freischütz under Tomáš Netopil at the Vienna State Opera, Parsifal and Tristan at the Opéra Bastille, Siegfried in the Ring cycle at the State Opera Hamburg under Kent Nagano, and on the occasion of his debut at the Metropolitan Opera New York under Philippe Jordan, as well as Parsifal at the Bayreuth Festival.

In addition to his outstanding operatic success, Andreas Schager is also active as a concert singer. Highlights of the past years include performances with the Cleveland Orchestra under Franz Welser-Möst in Cleveland and at the Carnegie Hall, the New Year’s concert at the Dresden Semperoper, Gurrelieder at the Philharmonie de Paris and Beethoven’s Symphony No 9 at Vienna’s Concert House with the Vienna Philharmonic Orchestra, both under Philippe Jordan, Das Lied von der Erde under Valery Gergiev at the Philharmonie am Gasteig and the Elbphilharmonie, Mahler’s Symphony No 8 with Riccardo Chailly in Lucerne, as well as Beethoven’s Symphony No 9 with the Rundfunksinfonieorchester Berlin led by Marek Janowski at Berlin’s Konzerthaus.

In the 2019/20 season he was cast in the following roles: Siegfried/ Ring at the Staatsoper Unter den Linden Berlin with Daniel Barenboim, Kaiser/ Die Frau ohne Schatten under Christian Thielemann, Siegmund/ Die Walküre*, Florestan/ Fidelio* as welll as Max/ Der Freischütz* and Tamino/ Die Zauberflöte at the Vienna State Opera, Menelas in the new production Die Ägyptische Helena under Franz Welser-Möst at the Teatro alla Scala, Fidelio at the Operahouse Zurich along with Tristan in Wiesbaden and at the Tokyo Spring Festival. At the Bayreuth Festival 2020 he would have appeared for the first time as Siegfried and Lohengrin*, after having already performed successfully there as Erik, Tristan and Parsifal in the previous years.

The 2020/21 season will commence with the revival of Ariadne von Naxos at the Staatsoper Unter den Linden where he takes on the role of Bacchus, thereafter he sings Siegfried in multiple concertante performances of Wagners Ring at the Opéra de Bastille under the baton of Philippe Jordan followed by Tannhäuser at the Deutsche Oper Berlin.

Next years projects include concerts of Beethoven´s Symphony No 9 under Marek Janowski in Dresden, performances as Siegfried at the Teatro Real Madrid as well as his return to the Staatsoper Unter den Linden as Parsifal and Siegmund at Vienna State Opera.


"This was a performance to keep in one's memory"


"His signature clarion tenor was on full display as required"


"the frisky Siegfried of the hour, took the house in storm"


"a miracle of heroic singing"


"as a poperly exuberant Bacchus conquers the intense challenges"


"the great Tristan of today"

Joint start into the new season at Staatsoper Unter den Linden
Andreas Schager will sing Bacchus in the revival of "Ariadne auf Naxos" under the musical direction of Thomas Guggeis on the following dates: 13/15/25/27. September, next to him Marina Prudenskaya will sing the Composer and Arttu Kataja the Music Master on the last two dates.

On September 6th, Schager will also be the tenor soloist in Beethoven's Ninth under the direction of Daniel Barenboim at the open air concert "Staatsoper für alle". 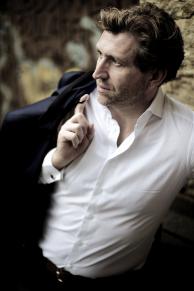 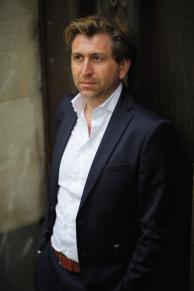 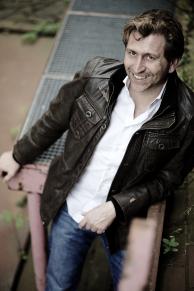 Andreas Schager in kulTOUR with Ioan Holender on Servus TV 19.03.2017


"Andreas Schager, my God, is sublime"


"unquestionably the Heldentenor of our age "


"Schager really is a phenomenon"