In September 2021 his solo CD Love and Despair was released by Ohems Classics, with the Latvian Festival Orchestra under the baton of Karsten Januschke. Future highlights are Zaccaria/Nabucco at the Deutsche Oper Berlin, De Silva/Ernani in Antwerp and Ghent, and a wonderful debut at the Hamburg Staatsoper with Rocco/Fidelio in 2022, furthermore Pogner/ Die Meistersinger at Spring Festival in Tokio 2023.

Andreas Bauer Kanabas sang many important debuts in 2019, including PhilippeII/Don Carlo (in French) in Antwerp and Ghent, Padre Guardiano/La forza del destino in Frankfurt, Escmillio/Carmen at The Bolshoi in Moscow and Alfonso d’Este/Lucrezia Borgia in Toulouse. During the worldwide Covid19
shutdown in 2020, he had the great fortune to perform at the Teatro Real Madrid as Vodnik/Rusalka. Sarastro, a role he has sung to great acclaim in Paris, Frankfurt, Berlin, Dresden, Budapest, and Abu Dhabi, was the vehicle of his debut at the Royal Opera House Covent Garden. He made a great Festival d’Opéra de Québec debut as Daland in Der fliegende Holländer, a role he has also taken to the Deutsche Oper Berlin, Frankfurt Opera, and the Auditorio Music Madrid, where he performed alongside Sir Bryn
Terfel. He returned successfully to the Deutsche Oper Berlin in 2019 as King Heinrich in Lohengrin, the role of his debuts at both the Vienna Staatsoper and the New National Theatre in Tokyo.
Andreas debuted as Méphistophélès in Faust at the Latvian National Opera in Riga in 2016. He was immediately reengaged for the 2018 season, as Zaccaria/Nabucco and as De Silva/Ernani, a role he will repeat in concert at Moscow’s Tchaikowsky Concert Hall in 2019 under the baton of Daniel Oren again. 2016 also saw important debuts at Teatro alla Scala, in Mozart’s Requiem, and at Munich’s Gasteig, in the Verdi Requiem. His performance as the Hermit/Der Freischütz from the Semperoper Dresden, under the
direction of Christian Thielemann, is available on DVD from Unitel Classica.

In addition to the Requiems of Verdi, Mozart and Brahms, Andreas’s concert credits include Schumann’s Manfred with the Berlin Philharmonic under the baton of Claudio Abbado, Schumann’s Scenes from Faust in the Tonhalle Düsseldorf, and Haydn’s Die Schöpfung for Switzerland’s Verbier Festival. His ELIAS with the WDR Symphony Orchestra was broadcast live from the Cologne Philharmonic in 2016, and the concert version of Bártok's Duke Bluebeard's Castle in 2019. Andreas can be heard as bass in Beethoven's Ninth Symphony in major concert halls, with live broadcasts from the Tokyo Suntory Hall, the Osaka Festival Hall, the Leipzig Gewandhaus and the Cologne Philharmonic, among others. Under the direction of Marek Janowski he sings the solo bass in a complete Pentatone recording of all Beethoven symphonies.

No time to breathe - Debut at Staatsoper Hamburg

After Andreas Bauer Kanabas premiered at the Semperoper Dresden as the imposing King in Aida under Christian Thielemann, the no less spectacular King Heinrich in Lohengrin at the Leipzig Opera followed immediately. Now he is celebrating his house debut at the Hamburg State Opera with the role of Rocco in Fidelio. Premiere on: April 26th, 2022 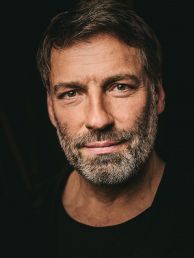 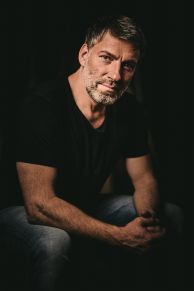 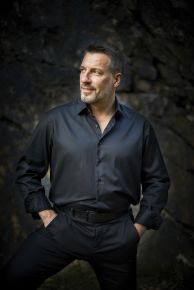 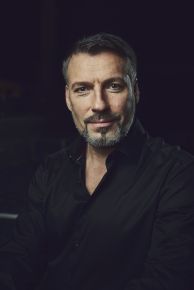