Internationally renowned, Alejandro Marco-Buhrmester has established himself as one of the most distinguished Bass-Baritones of his generation. Following his debut at the Bayreuther Festspiele as Konrad Nachtigall/Die Meistersinger von Nürnberg in 2001, he was regularly re-invited to perform in roles such as Fritz Kothner/Die Meistersinger von Nürnberg and Amfortas/Parsifal under P. Boulez. In the summer of 2006, he was praised for his debut as Gunter/Götterdämmerung in the new production of Der Ring des Nibelungen conducted by C. Thielemann.

In addition to his engagements as a Wagner Baritone, he dedicates a good amount of his time to the Italian and French repertoire as well. In recent seasons, he has performed Germont/La traviata, Barbiere/Il barbiere di Siviglia, Conte di Luna/Il trovatore, as well as Posa/Don Carlo, Nabucco/Nabucco and the villains of Les Contes d’Hoffmann. In 2007, he made his debut as Miller/Luisa Miller and as Germont/La traviata in Toronto.

Further engagements led him, among others, to the Theaters in Madrid, Barcelona, Genua, Riga, Bonn, Essen, Dortmund, Mannheim, Saarbrücken and Wiesbaden. He guested as Kurwenal/Tristan und Isolde at the Opéra national de Paris, Deutsche Oper Berlin and Ruhrtriennale, as Gunter/Götterdämmerung in Amsterdam under the baton of Hartmut Haenchen, Tokyo, Cologne, at the Bayreuth Festival under Kirill Petrenko and at Bayerische Staatsoper Munich, Klingsor/Parsifal at Opéra de Lyon, Orest/Elektra at Teatro dell’Opera di Roma, Germont/La traviata in Wiesbaden as well as Rigoletto/Rigoletto at Komische Oper Berlin.

Since the season 2017/18, Alejandro Marco-Buhrmester is a member of the ensemble at Staatstheater Ausgburg, performing the great bass-bariton roles.

In addition to his flourishing operatic career, Marco-Buhrmester is also in great demand as a concert singer. He sang Bach’s oratorios as well as Zemlinsky’s Lyrische Sinfonie, Beethoven’s Symphony No 9 and Mahler’s Symphony No 8. He was invited to the festivals in Bergen and Lucerne and went on tour with Mendelssohn’s Elijah alongside the Windsbacher Knabenchor, the SWR Sinfonieorchester, and Deutsches-Sinfonie Orchester Berlin and was celebrated in New Years concerts under Markus Poschner.

Highlights of the past include Peter/Hansel and Gretel at Oper Frankfurt, Escamillo/Carmen at Komische Oper Berlin, König Overall in Ullmann‘s Der Kaiser von Atlantis at Teatro Real Madrid, Kaspar/Der Freischütz at Staatstheater Augsburg, La Forza del Destino in Tampere, Kurwenal at Opéra de Lyon, a tour of Japan with the Semperoper Dresden as Donner/Das Rheingold as well as Haydn’s The Creation with the Accademia Nazionale di Santa Cecilia in Pisa and Christus am Ölberge with the Bamberger Symphoniker.Engagements of the 2018/19 season included Wladislaw in the new production of Smetana‘s Dalibor and the title role of David T. Little’s JFK, each at Staatstheater Augsburg, Peter/Hansel and Gretel at Oper Frankfurt as well as Gunther/Götterdämmerung in Seoul.

In the coming 22/23 season he will play the role of Amfortas/ Parsifal at the Goetheanum and feature in The End of Creation at the Augsburg State Theater. 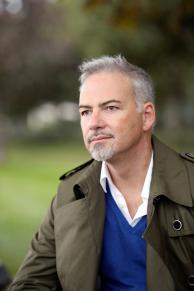 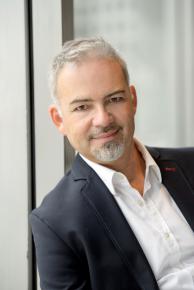 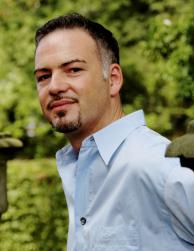